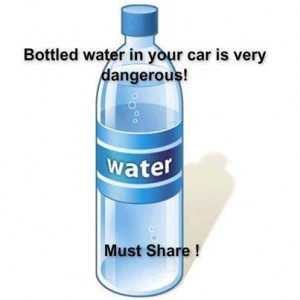 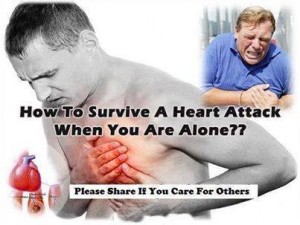 Since many people are alone when they suffer a heart attack, without help,the person whose heart is beating improperly and who begins to feel faint, has only about 10 seconds left before losing consciousness.

However,these victims can help themselves by coughing repeatedly and very vigorously. A deep breath should be taken before each cough, and the cough must be deep and prolonged, as when producing sputum from deep inside the chest.

A breath and a cough must be repeated about every two seconds without let-up until help arrives, or until the heart is felt to be beating normally again.

Deep breaths get oxygen into the lungs and coughing movements squeeze the heart and keep the blood circulating. The squeezing pressure on the heart also helps it regain normal rhythm. In this way, heart attack victims can get to a hospital. Tell as many other people as possible about this. It could save their lives. 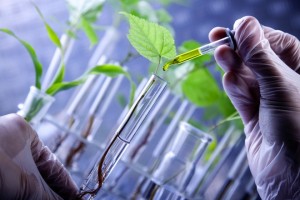 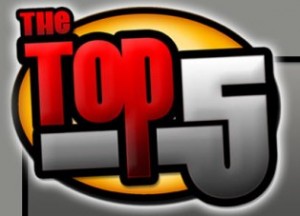 Online Libraries are of great importance due to its rendered services which are reliable and compassionate. Online education hands gained some value to the individuals with the help of these online libraries. They are the storehouse of the data and textbooks so that anyone can access it at any time.

Unlike other libraries, it holds access at any time from any corner of the world provided the user has a valid email address to login with. Anybody can access the online libraries to read books online, research, or whatever effectively and efficiently.

It is to be understood that an online library provides access to all the information in a brick and mortar library in a more reliable mode.

Texila Digipedia may provide the students a single source to refer all the topics related to medicine, engineering, Business management and a lot more.

On the other side, reading books online via the online libraries is often beneficiary to the user as it is available in different formats, including PDFs, Word, and HTML, etc. It also allows the user to zoom in or out or change the size of the text and to adjust the brightness and contrast of the computer to make it comfortable for reading.

It is very rare to find a library that is open on all hours a day, but online libraries offer this unique advantage. A student can complete their research any day of the week, any hour of the day at any time. In addition, these libraries are available at the user’s fingertips, eliminating the need to drive or walk to the library.

Reading is the simplest way for human to derive and constructing meaning in order to gain a particular knowledge from a source. This tendency has been digitized when books evolve into digital media equivalent – E-Books.

The users or the students can browse for the books related to science, engineering or business management or whatever in the format of PDF or audio or videos. The audio format of the eBooks would help the students to learn the subjects easily when compared to the traditional libraries.

The following are some of the sources wherein the students can either read or download the free eBooks related to medicine:

Browsing the online library for the free textbooks or related audio files or PDF documents or whatever is quite easy with the confidence and pace of the student. An eBook online library has been designed to provide an adaptive reading experience for the readers or the students.

The online library would assist the students in to acquire more knowledge and understanding on the concerned subjects and topics. It would replace or dominate the traditional libraries the students have to go to the libraries to get or read books. With the help of these online libraries, students would access it from anywhere according to their convenience and pace. Unlike other resources, it is expected that the online library is as added advantage to the students since it would be available any time anywhere, provided there is sufficient Internet connection.