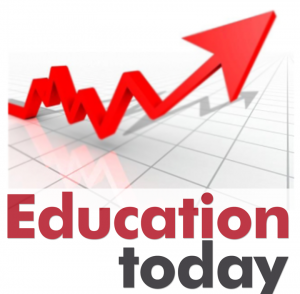 Summary: Free online libraries have somehow gained a huge place in the minds of each individual. The most promising aspect of this is the presences of various online library websites and the hundred of users who are logging in it every day

Libraries can be an interesting part of our lives, as they can be a one-stop informative arena for bookworms as well as booklovers. Libraries are always filled with interesting and informative books which can be a great asset for ones who enjoy gaining new knowledge throughout their lives. And surprisingly, online libraries somehow surpassed their predecessor, normal libraries in being the most accessible means of information.

Free online libraries have somehow gained a huge place in the minds of each individual. The most promising aspect of this is the presences of various online library websites and the hundred of users who are logging in it every day. From fiction to non-fiction, academic to research work, etc; books related to various topics and categories are easily available in most of the online libraries.

Digital libraries are free to use and easily accessible. To become a member in most of the online libraries, only need is a valid email id. Also it is very easy to access the books present in such libraries as all a person has to do is login in and search for the specific books that he or she wants by using the search option. As soon as an individual types a keyword which can be the category or name of the book or author’s name, etc; in the search option, it will display the details of the specific book or the list of the books matching the results given.

One of the main reasons why online books websites are becoming popular is that they are easily available and to use. Sitting at home or office, a person can search for the book he or she wants and in a matter of minutes. No more a person has to wait in line to get the books stamped or noted by librarians or search for books from the multiple shelves.

Simplicity is what online libraries are about. No wonder there are various schools and colleges who have started their own free digital libraries. Seriously, these educational institutions have realized the importance of online libraries. They have become aware of the fact that their students might need extra resources or materials to compete in this highly cutthroat educational field.

They would want their students to go an extra mile in academics and become highly successful which can be a great asset for them. Plus it even helps the students to think out of the box and reach the ultimate goal of reaching the high levels in the field of academic research and scientific studies. 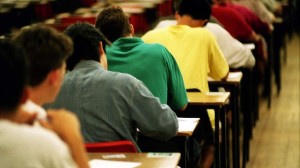 Students who were incorrectly judged to have failed the tests will be given retrospective passes.  Hundreds of trainee teachers wrongly passed literacy and numeracy tests because of a series of marking errors.

Some of the mistakes date back at least as far as April 2010. The errors were revealed in a written statement from Schools Minister David Laws, and relate only to England.

Until April 2012 the tests were administered by the Training and Development Agency. When that body was abolished the role was taken on by the Teaching Agency, which merged into the National College for Teaching Leadership in April 2013.

The Standards and Testing Agency took over responsibility for the tests last November, and the mistakes were exposed when that body conducted a review.

Mr Laws said that the people who had been incorrectly failed would now be given retrospective passes. However no action would be taken over the candidates who had been wrongly judged to have passed the tests.

“With respect to those candidates who were incorrectly awarded a pass, many will have subsequently gone on to undertake the other steps necessary to gain Qualified Teacher Status, or be in the process of doing so, and will, through this, have had to demonstrate their competence to teach,” Mr Laws said.

“Indeed, even had these candidates been properly failed at the point of taking the test, it is likely that many would have retaken the tests and been passed at subsequent attempts.

“Given these points we are satisfied that no further action in respect of these people is required, indeed it would be unjust to them to do so.”

Mr Laws added that it would require “extensive data analysis” which would take six months and cost an estimated £140,000 to find out how many students were affected by the errors prior to October 2012.

This would not be a good use of taxpayers’ money and will not be carried out, he said.
Mr Laws also said that the Standards and Testing Agency’s chief executive had given assurances that the tests were now “reliable, accurate and fit for purpose.”